Season 4 of Better Call Saul is now in the books, time to revisit predictions I made at the halfway point and to wrap things up.  As usual, my predictions went astray because so many things happened that I just didn’t see coming.  Here’s the link to my last post of predictions earlier this year:  https://robertkirkendall.com/2018/09/07/saul-halfway-through-the-season/

In my last BCS post, I made no mention of the three punks who robbed Jimmy of his burner phone money in episode 5, Quite a Ride, because I thought they would only appear in that episode to serve as a reminder to Jimmy that he’s not as street wise as he once was.  With their purpose served, I assumed they wouldn’t appear again any time soon.  That turned out to be very wrong.  Jimmy meeting up with them again at the end of episode 6, Something Stupid, drawing them into a trap, and scaring the hell out of them as they hanged upside down in a warehouse full of piñatas showed Jimmy’s resiliency, and how determined he was to get to the next level.

The relationship between Jimmy and Kim, which was fraying, appeared to come apart even more, especially in the cold opening of episode 6, which was a montage of them over the course of about six months.  It showed them starting to live separate lives, with the final image of Kim going dark and Jimmy all by himself as they lay in bed together.  I assumed the season was going to continue in this vein, leading to their eventual breakup at the end of the season.

But then things took an unexpected turn, thanks to Huell Babineaux.  Huell accidentally assaulting a policeman started a chain of events that caused Kim, at the behest of Jimmy, to step out of her comfort zone of legitimacy and go outside the law to save Huell from jail.  She was reluctant at first, but when the prosecuting attorney referred to Jimmy as a “disbarred, scumbag lawyer,” that set something off in Kim.  The fake letter writing campaign she engineered with Jimmy inundated the judge and the DA’s office and pushed them into a no jail plea deal.  The excitement of the subterfuge certainly had an effect on Kim.

Their predicted breakup won’t be going down a straight line.

Also I predicted that Mesa Verde would eventually let go of Kim because of the way she hung up on Paige and her seeming obliviousness to her job as she pursued the public defender route.  But not only is she still with Mesa Verde, she also used Jimmy’s particular set of skills once again to surreptitiously switch out the blueprints of their proposed Lubbock branch so they wouldn’t have to refile their new plans, pay another fee, and lengthen out the process.  So as of now, Kim is not only back in the good graces of Mesa Verde, she also became a partner at Schweikart & Cokely in charge of their new banking division, which will give her more time to pursue pro bono public defender work.  So long as her chicanery is never discovered, Kim will do just fine in the legitimate world.  On a side note, someone on a BCS Facebook web page pointed out that the states where Mesa Verde expanded are the same states where Gustavo Fring’s product was sold in Breaking Bad.  Probably just a coincidence.

The ghost of Chuck continued to loom over season 4, with him appearing in the two cold opening flashbacks for episodes 6 and 10, Winner.  How Jimmy was eventually going to deal with pain of the loss and the complicated relationship with his older brother was not something I was able to predict, nor did I really attempt to predict except to say that Chuck’s final painful words to Jimmy during their final conversation would haunt Jimmy, and the letter Chuck wrote to Jimmy to be given to him after his death might provide some compensation for his earlier harsh words.  This dramatic tension was further amplified when Jimmy was denied his law license by the bar association after his hearing in episode 9, Wiedersehen, largely because of his failure to mention Chuck.  Kim points this out even though Jimmy doesn’t want to hear it, and they finally have the argument that was building up throughout the season.  Jimmy finally seems to accept that he has to come to terms with the memory of Chuck, and with Kim’s help takes the steps to get his law license back.  But what happened was that Chuck’s harsh assessment of Jimmy at their last meeting and the kind words of the letter came together in a twisted union of fake sentiment and bamboozlement aimed at the bar association during his appeal, and the final transformation of Jimmy into Saul.

Have to admit, I really bought Jimmy’s speech to the bar.

The evolving business relationship of Mike and Gustavo I predicted would continue with possible conflicts happening over tactics and problems that might arise during the construction of the superlab.  Both of those happened, but not in any way I could foresee.  When we meet the German construction crew in episode 5, it appeared that Kai was going to be the problem employee.  But instead it turned out to be the head of the crew, Werner Ziegler.

Why Werner took the dangerous risk of escaping the compound to see his wife is still puzzling.  Was he that naive?  Smart people behaving stupidly is an ongoing theme in the BB/BCS universe.  His fateful decision also drove Mike to make a tough decision.  Werner and Mike bonded and became friends over the course of the superlab construction, Mike even vouched for Werner after Werner’s first transgression when he spoke too freely with the strangers they met at an Albuquerque bar, but this wasn’t enough.  And once Lalo found Werner and called him at the spa where he was at, then whatever room for bargaining he may have had was gone completely.

And reluctantly, Mike had to take of the problem himself because he knew he helped cause it.

The anticipated appearance of Lalo finally happened.  Lalo’s debut in season 4 was easy to predict because it was announced at the beginning of the season, though he wouldn’t appear until the final scene of episode 8, Coushatta.  But what he is was not hinted at at all.  Turns out he’s a completely dangerous but charming psychopath.

He will be the wildcard character whose actions throw everything into chaos, similar to Lydia and Todd in BB.  And by finding Werner, after murdering the clerk at the money store, he has figured out that Gus has a secret construction project under way, which means the rest of the Salamancas know.  This will not bode well for Gus’ future plans, and will possibly alter the uneasy peace between him and the Salamancas. 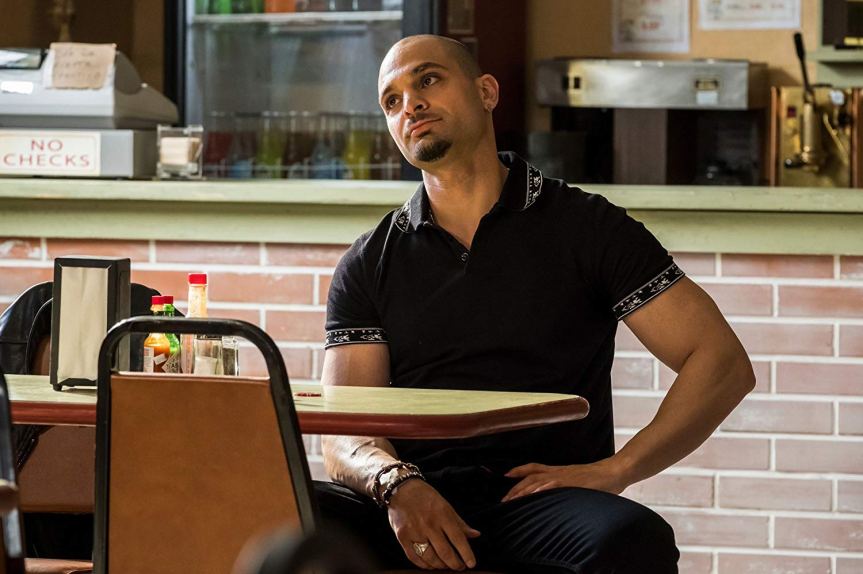 The doom I predicted for Nacho never quite materialized, but he appeared in fewer episodes during the second half of the season.  I didn’t count on all that recovery time he was going to need after being shot in the fake ambush.  He has settled into his new life in the Salamanca gang while also being extorted by Gus, while also maintaining his own private aspirations, mainly saving his father and himself, which became clear when he opened his safe and pulled out fake Canadian IDs for him and his father.  Nacho is between a rock and a hard place, with only a slender thread of hope to pull him and his father to safety.

As usual, my predictions for season 4 came up against unforeseen plot redirections, but that’s the fun of watching BCS.  You know it’s heading into BB, now four years away from that timeline, but how it gets there is full of surprises.  What’s going to happen in season 5 is a tossup with a number of moving parts and therefore hard to predict, but now that Jimmy has transformed into Saul, there should be a ramping up of action because of the  type of clients he’ll represent.  There will also be a permanent tear between him and Kim, but how that happens could happen in a number of ways.  More characters from BB will no doubt enter the BCS world.  I’m thinking Kuby, possibly Hank, which will mean Gomez as well.   Some other minor characters may appear as needed, which will further bring BCS into BB territory.

I’m also hoping there will be more Gene in season 5 than the one scene at the beginning of each season.  His four scenes so far have been a nice teaser, but after his brief hospitalization at the beginning of season 4 and his encounter with the suspicious taxi driver, it seems that the action during that timeline will increase.

I suspect that when Gene was admitted into the hospital and his name was entered into the system, this was picked up by the vacuum store owner/identity changer who may have been keeping tabs on Gene for his own safety in case his cover gets blown.  And there’s still the ongoing question of whether the Gene timeline is after the BB timeline or concurrent with Walt’s exile in New Hampshire.  I think it’s the latter because it makes more sense dramatically and will provide more tension when Walt reappears.  This would scare the hell out of Gene because he would think that Walt is going to come after him.  He may even have a nightmare of this scenario, which will bring Walt into BCS.  Wouldn’t that be something.

In the meantime, we fans will all eagerly await season 5, following all the BCS social media announcements as the season comes together from the first writer’s meeting to the final day of shooting, counting down the days until its premier with great anticipation.  Truly, is there no other way?